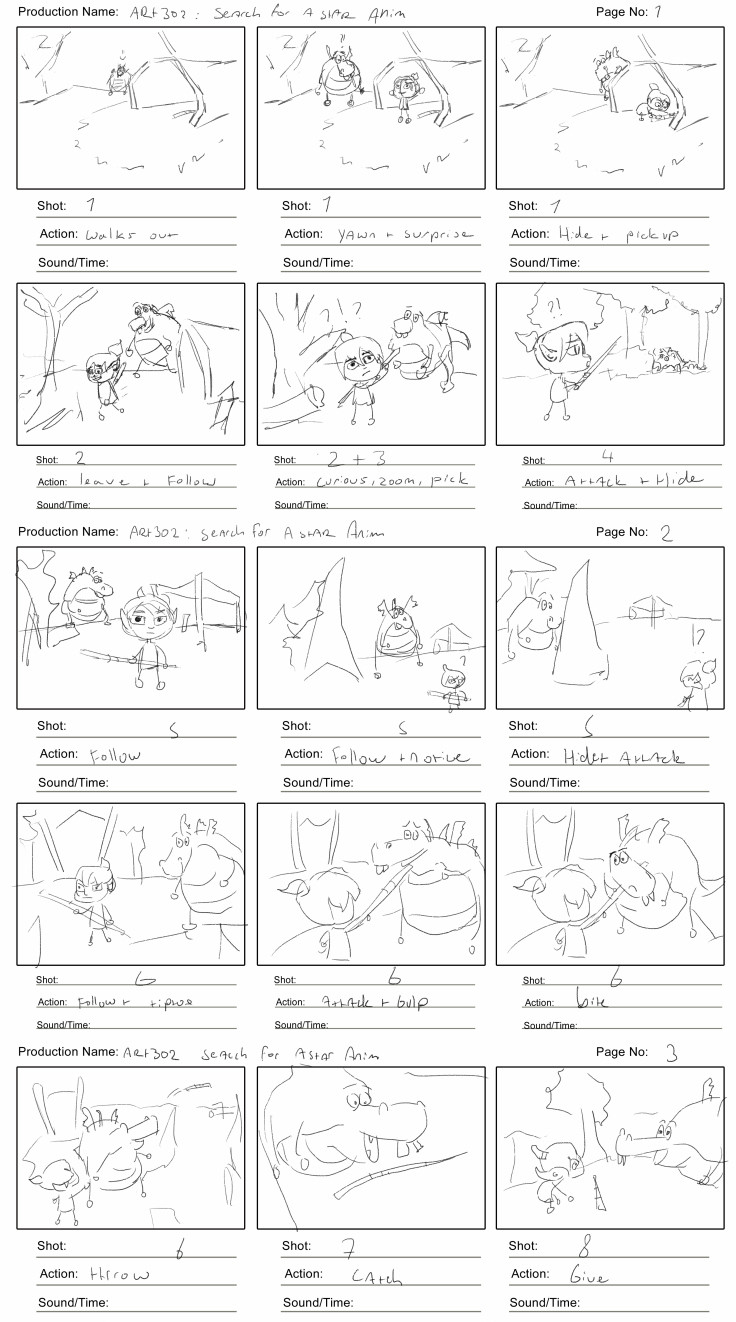 I made this sequence as a submission for round 1 of the Search for a Star competition. I focussed on using game rigs and making it possible to export as fbx, which is why I did an export to sketchfab. I personally do prefer a bit more narrative rather than just animating loops so I made it into a little story which could be used as a game cut-scene. I started with a storyboard of what I wanted to animate, my drawing skills aren't the best but it's just to make clear what I'm going for. Then I did an animatic to make sure the story would fit in the space and with the rigs I was using. I did a couple of animation tests. for Snouts movement I looked at the dog from Up at first but then switched to something more like a T-Rex because the rig didn't work very well using all four limbs. The IK limbs of these rigs behave unexpectedly (not following controllers) which caused the strange leg movements.
rigs: https://artella.lpages.co/artella-lily-snout-giveaway/
swamp: https://skfb.ly/FAZH